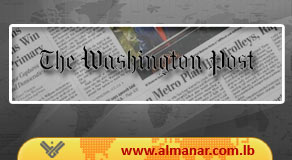 American daily Washington Post reported on Monday that the US State Department has secretly financed Syrian political opposition groups and related projects, including a satellite TV channel that beams anti-government programming into the country, according to previously undisclosed diplomatic cables.

The daily said that the London-based satellite channel, Barada TV, began broadcasting in April 2009 but has ramped up operations to cover the protests in Syria as part of a long-standing campaign to overthrow the country’s leader, Bashar al-Assad.

Barada TV is closely affiliated with the Movement for Justice and Development, a London-based network of Syrian exiles. Classified US diplomatic cables show that the State Department has funneled as much as $6 million to the group since 2006 to operate the satellite channel and finance other activities inside Syria.

The US money for Syrian opposition figures began flowing under President George W. Bush after he effectively froze political ties with Damascus in 2005. The financial backing has continued under President Obama, even as his administration sought to rebuild relations with Assad. In January, the White House posted an ambassador to Damascus for the first time in six years.

The cables, provided by the website WikiLeaks, show that US Embassy officials in Damascus became worried in 2009 when they learned that Syrian intelligence agents were raising questions about US programs. Some embassy officials suggested that the State Department reconsider its involvement, arguing that it could put the Obama administration’s rapprochement with Damascus at risk.

It is unclear whether the State Department is still funding Syrian opposition groups, but the cables indicate money was set aside at least through September 2010. While some of that money has also supported programs and dissidents inside Syria, The Washington Post is withholding certain names and program details at the request of the State Department, which said disclosure could endanger the recipients’ personal safety.