A new date has been set for the Palestinians to see their land again and emphasize their “right to return” before the Israeli occupation forces as well as the entire world.

The “return to Palestine” committee has completed organizing a new march towards the Lebanese borders with the occupied Palestinian territories on Sunday the 5th of June that marks the Naksa (setback) Day, committee member Abu Mohammad Imad told Al-Manar’s Website.

The committee in Lebanon has been constantly arranging activities since Sunday the 15th of May’s massive rally towards Maroun Al-Ras, including the raising of a mural with the pictures of the martyrs who fell that day and “we are returning” written in Hebrew on it. 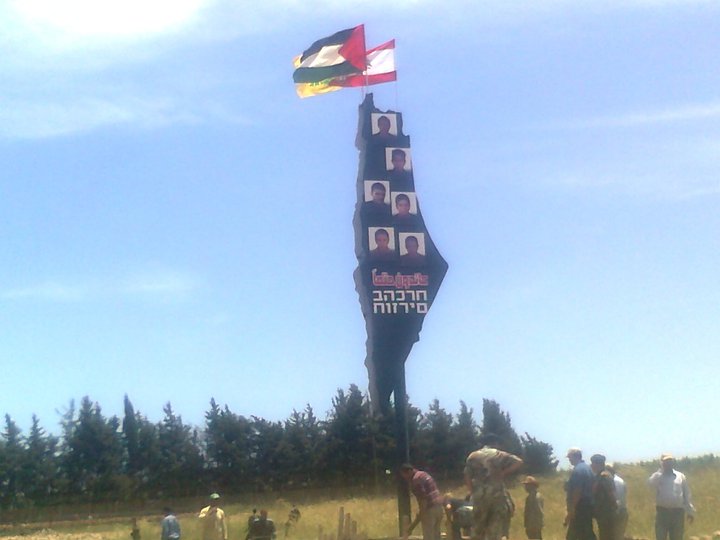 The committee has also been receiving models of monuments, and the best model would get an award and the monument will be established and fixed to commemorate those martyrs and the deadly incidents of that day.

Imad pointed out that “the nature of the second demonstration is not specified yet, we have various options that we are still studying”.

“We will not even specify on which border the demonstrations will take place, so that the enemy would not be waiting in that region, like the case of Maroun Al-Ras on May 15”, Imad added.

He pointed out that “we want to keep the enemy on alert from Nakura to occupied Golan, for the deployment of four brigades on May 15 reportedly cost it over one billion dollars… and so we want this demonstration to cost the Zionists even more”.

According to the “return to Palestine” committee member, Sunday’s march in Lebanon included over 50,000 protestors, and the Palestinian public is always ready and very excited. The Palestinian refugees were behind the idea and urged us to adopt it, he indicated.

“Our fields are always ready to witness such activities … and we are coordinating with other parts especially in Jordan and Egypt to take part in this demonstration on the Naksa Day. We want the enemy to be waiting for us in ever valley and on every hill”, Abu Mohammad Imad stressed.