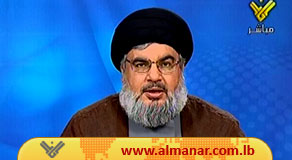 Hezbollah Secretary General Sayyed Hasan Nasrallah says there will be no sedition in Lebanon, rejects indictment and assures no one will be able to carry out arrest warrants

Hezbollah Secretary General Sayyed Hasan Nasrallah rejected on Saturday the so-called indictment released by the Special Tribunal for Lebanon in the assassination of former Prime Minister Rafiq Hariri’s case. His eminence dismissed the indictment as unfounded and a failed attempt to sow strife and bring down Lebanon's new government.

In his first comments since the indictments were handed to the state prosecutor on Thursday, Sayyed Nasrallah confirm that the four men unjustly accused by the STL of the assassination were members of Hezbollah and said they had an honorable history of resisting Israeli occupation. He said that, even if the government was in the hands of the so-called March 14 coalition, the four men would never be arrested, and expected that they would be tried in absentia.

His eminence reiterated the international court was a US-Israeli project and had several objectives, but most importantly sowing civil strife between the different Muslim sects in the country. Yet, he assured that there won’t be Sunni-Shiite sedition in Lebanon, while acknowledging that some March 14 Christians were dreaming of such sedition.

ISRAEL WAS NEVER A SUSPECT 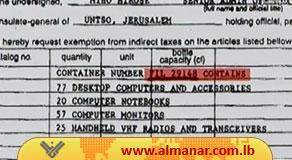 Hezbollah Secretary General started his speech and recalled the different phases of the investigations, which started by accusing Syria, then the four officials and recently Hezbollah. His eminence noted that the Israeli enemy was never a suspect according to this tribunal, despite all facts and documents previously broadcast.

"We mentioned the possibility of having Israel involved in the murder and the fact that Israeli agents were present at the murder scene one day before the murder. But no one in the STL even asked the Israelis anything. This is normal, why? Because the tribunal, since its formation, had a precise goal and no one was allowed to talk to the Israelis ... Instead of investigating the Israelis, the STL gathered information from them."

Furthermore, Sayyed Nasrallah displayed documents to show that when the tribunal was transferring equipment from Lebanon to the court's base in the Netherlands in 2009, it sent a consignment of 97 computers via the occupied territories rather than ship them directly from Beirut. His eminence wondered why they had not been shipped out of a Beirut port. 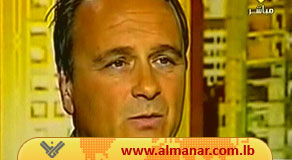 Hezbollah Secretary General then questioned the credibility of STL Prosecutor Daniel Bellemare and criticized the prosecutor’s team of investigators, who had ties to Western intelligence agencies and had worked against the resistance. "If Bellemare was fair, he would have at least employed objective experts and advisers with no animosity or prejudice against any party that they are investigating," Sayyed Nasrallah said, adding that one of Bellemare’s consultants was an agent for the Central Intelligence Agency.

"One of Bellemare's top consultant is a high-ranking officer in the CIA who we have accused of working against Hezbollah for 15 years and followed Hajj Imad Mughniyeh and is involved in the CIA massacre in Beer Hasan in Lebanon, which targeted Grand Ayatollah late Sayyed Mohamad Hussein Fadlallah and resulted in the death of dozens of people," his eminence pointed out.

The speech was interspersed with video presentations with evidence showing how members of the STL had affiliations with Western intelligence agencies, including an Australian with ties to a US intelligence agency, a British investigator, claimed to be an expert on fighting what he called Islamic terrorism, a former American officer, a French-Lebanese legal consultant for the STL who worked against the resistance and Robert Baer, who was a CIA agent. 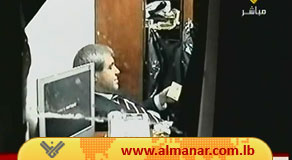 Turning to the STL officials’ corruption and non-professional, Sayyed Nasrallah pointed to the case of Gerhard Lehman, the former deputy president of the investigative committee in the case of the assassination of Hariri. "We will reveal a case ... where Lehman sold affidavits and confessions for money," Sayyed Nassrallah said before airing footage of Lehman receiving money in return for documents related to the investigation.

Sayyed Nasrallah also raised the issue of the false witnesses, where he revealed that Bellemare has personally worked and followed up on the task to lift the international (INTERPOL) warrant against Mohammad Zuheir al-Siddiq, the so-called king witness in the case, the one who’s believed to have misled the investigation since its beginning.

His eminence went on to question the motives behind the repeated leaks from the tribunal to the media, and pointed out that the investigation was not secret, as everything was leaked in the newspapers and all the people got to know the information related to the probe, as he wonder whether there was any credibility left. "One of the most important conditions is the secrecy of the investigation and the whole world knows that nothing was secretive about this investigation since everything was published in the media," Sayyed Nasrallah said. "The worst form of leaks took place a few days ago, when the STL delegation of investigators met with State Attorney General Saeed Mirza to deliver the indictment and at the same time, the names of the indicted people were being broadcast through media outlets," Sayyed Nasrallah underlined.

His eminence also said that the leaks to the media had been intentional and aimed at tarnishing the image of the resistance, adding that the timing of the leaks of the names of four Hezbollah members was a mechanism to harm and bring down Prime Minister Najib Miqati’s recently formed Cabinet. 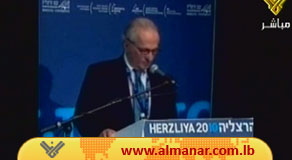 "Imagine that Israel in Cassesse's eyes in the only state in the region that abides by law and human rights, and that what has been happening in Palestine for the past 60 years with more than 11 thousand detainees, as well as the Israeli massacres in Lebanon are no problem to him, as Cassesse believes Israel wages war against terrorism," Sayyed Nasrallah explained. Again, Sayyed Nasrallah questioned how such a tribunal with such a head can achieve justice.

His eminence assuaged fears of civil unrest, reiterating charges that the STL was a plot by his arch-foe Israel to crush Hezbollah and pit Lebanon's Sunni and Shiite Muslim communities against each other. "The tribunal aims to incite discord among the Lebanese, but there will be no clashes between Sunnis and Shiites, nor will there be another civil war," Sayyed Nasrallah said.

NO GOVERNMENT WILL BE ABLE TO CARRY OUT ARRESTS 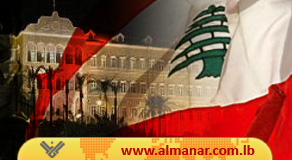 Sayyed Nasrallah then addressed the March 14 bloc, believed to be the new opposition in Lebanon. His eminence urged them not to hold the cabinet of PM Najib Miqati responsible of what they would have failed to carry out if they were the ones assuming power. "I call you not to hold the cabinet of Prime Minister Najib Miqati responsible for not being able to carry out the arrest warrants of the STL's prosecutor's office, which the Hariri cabinet would not have had been responsible for either at the time. Even if the cabinet was backed by March 14, it will not be able to carry out the warrants and arrest the indicted people. No Lebanese government will be able to carry out any arrests whether in 30 days ... 30 years or even 300 years."

Sayyed Nasrallah also urged the so-called March 14 coalition not to demand from PM Miqati what former PM Saad Hariri was willing to abandon in order to remain in power. His eminence revealed that he had received a document from the Qatari prime minister and Turkey's foreign minister, which stated that Hariri had agreed to a set of demands if he could stay on as premier. Sayyed Nasrallah said he would reveal the document to the public at a later date if the need arose, but that the message conveyed to him was that it was approved by the Saudis, French, British and US.

IT IS AN AGGRESSION AGAINST RESISTANCE 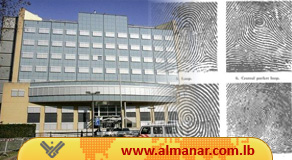 In conclusion, Sayyed Nasrallah reiterated that Hezbollah rejects the indictment along with "each and every void accusation" by the Netherlands-based court. "We reject the Special Tribunal for Lebanon along with each and every void accusation it issues, which to us is equivalent to an attack on Hezbollah," his eminence declared. He noted that the indictment was merely a step toward more results of this American-Israeli court. "It is an aggression against us and the resistance and we will not allow it to drag Lebanon into any strife. The only victim in this case is the martyr [former] Prime Minister Rafiq Hariri."

"I want to tell the supporters of the Resistance not to be worried; this is part of a war we are fighting since the establishment of the Zionist entity and its aggression on the land of Palestine."