Maan Bashour: Every Revolution Has Counter-Revolution

In an interview with Al-Manar website, political analyst Maan Bashour said prosecuting Mubarak was an appreciation to all the Arab, Muslim martyrs. He warned about the dangers facing the Egyptian revolution. 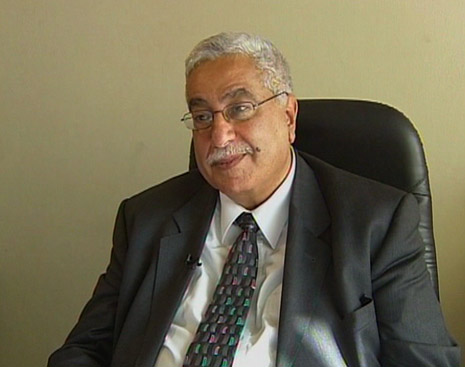 Coordinator of popular committees and leagues in Lebanon Maan Bashour hailed the trial of ousted Egyptian President Hosni Mubarak, his sons and the Interior Minister, as another victory for the popular revolution in Egypt and a proof that this revolution was going in the right direction.

Turning to the region, Bashour warned against Western plots seeking to exploit the legal movements, and stressed the necessity to distinguish between the legal demands and the suspicious agendas, which is mainly reflected in Syria. 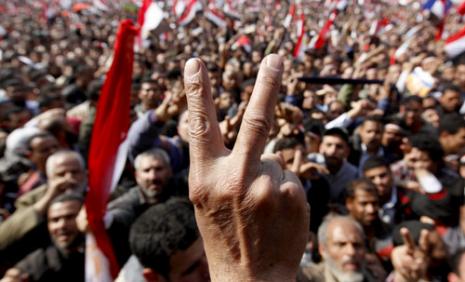 Political national analyst Maan Bashour told Al-Manar website that the trial of ousted President Hosni Mubarak, his sons Alaa and Gamal, and Former Interior Minister Habib Al-Adly was another victory for the popular revolution in Egypt and a proof that this revolution was going in the right direction. He noted that some people always doubted the ability of the Egyptian people to change their situation, while others exaggerated in expressing optimism when the revolution has started, given that excessive optimism looks like desperation. He expressed belief things were going in the right direction, and recalled how many people claimed at the beginning that arresting Mubarak was an illusion and that his trial would not happen, and even spoke of a secret deal to save the ousted president. “The Egyptian people’s will imposed itself and reiterated that everyone is accountable, no matter what his status is,” he said.

Bashour considered that trial is an appreciation to the martyrs of the Egyptian revolution as well as the Egyptian martyrs, who were victims of corruption and suspicious deals under Mubarak’s regime. He said it was also a compensation for all the Arab and Muslim martyrs, pointing in particular to Gaza’s martyrs. He recalled how the Mubarak regime was a partner in the Gaza war, whether in relation to closing the borders or facilitating the military operations. He also recalled how the toppled regime backed the Israeli July 2006 war against Lebanon, when he accused the resistance of standing behind it, and gave the enemy the green light to continue the war. He further said the regime has backed the US war on Iraq and Afghanistan.

Bashour said that Mubarak’s trial was a form of compensation to all the nation’s citizens who fell as martyrs in defense of their dignity and honor, and that it was also a proof that the Egyptian revolution was moving on the right direction.

While admitting that the Egyptian revolution was moving through a very slow manner, Bashour st 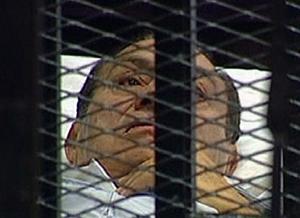 ressed that the ousted president did not only represent his person, but a whole political approach that must be toppled by the Egyptian people. He explained that Mubarak represented a complete political approach through its relationship with the Zionist enemy, subordination to American orders or even corruption in the internal scene. He stressed the necessity that Mubarak’s trial be a trial of a whole stage and not specific crimes committed by the regime. 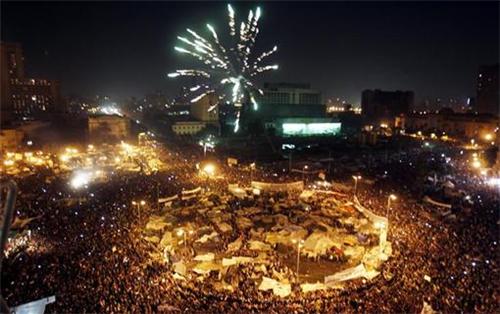 “The Egyptian revolution is facing such danger,” he said. “But I believe that the course of events that happened throughout the last few months have proven that the Egyptian popular presence in squares is the major guarantee that the revolution will not deviate from its path.”

While warning that the counter-revolution forces were not simple, he expressed belief the Egyptian revolution was on the right direction and was achieving new gains, day after another. He noted that the rhetoric after the revolution has changed, in relation with Gaza, Arab politics as well as the Arab stance from Iran.

Internally, Bashour said that the upcoming elections would set the potential directions of the country, and expressed belief the people would vote for an Egyptian national Arab Islamic party.

Turning to the general Arab situation, Bashour said the region was witnessing a real battle between revolutions and counter-revolutions. He said revolutions reached their peak in Egypt and Tunisia, but then exploitations started. He pointed to the foreign interference in Libya, to the attempts to exploit the legal demands in Syria, and to besiege the popular revolution in Bahrain.

While noting that Morocco, Jordan and Saudi Arabia had joined the club, he stressed the necessity not to give the opportunity for any forces to exploit this popular movement. He said this needs some awareness and clear standards. He also said that the formula of subordination, corruption and hegemony that ruled the region started to collapse.

BETWEEN REVOLUTION AND RESISTANCE

Bashour concluded his interview with Al-Manar Website by warning against foreign plots seeking to exploit the legal revolutions. He said that, for instance, he was with the Libyan nation but rejected the military NATO intervention. He also said he backed legal Syrian demands, but rejected the attempts of Zionists forces to exploit these demands to serve some suspicious agendas.

He stressed the necessity to secure means of communication and interaction between the revolutions at one side, and the resistance against the occupation at the other side. He said that the Resistance in Lebanon, Palestine and Iraq pushed the revolutions.