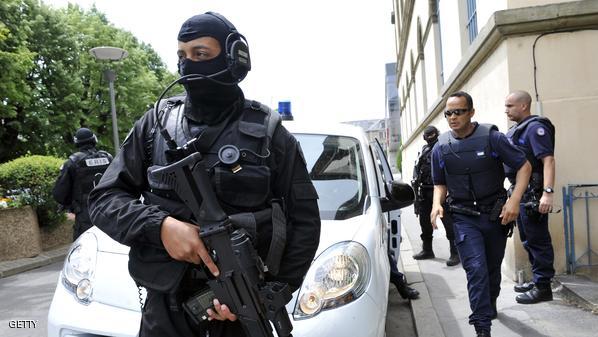 France on Wednesday charged the main suspect in a foiled attack plot with membership of a terrorist organization after police found an arsenal of weapons and explosives at his home.

France on Wednesday charged the main suspect in a foiled attack plot with membership of a terrorist organization after police found an arsenal of weapons and explosives at his home.

French national Reda Kriket, 34, was arrested near Paris last week and a police raid on his apartment netted a cache of assault rifles, handguns and TATP, the highly volatile homemade explosive favored by ISIL Takfiris.

State prosecutor Francois Molins said Wednesday that "no specific target" had been identified for the foiled attack, but the cache of weapons showed an imminent act of "extreme violence" had likely been prevented.

Investigators have been stepping up efforts to smash a tangled web of ISIL-linked extremists blamed for both the November Paris attacks and last week's suicide bombings on Brussels airport and metro that killed 32 people.

Another French suspect, 32-year-old Anis Bahri, was arrested in Rotterdam in the Netherlands on Sunday in connection with the foiled Paris plot and is fighting extradition to France.

Both Kriket and Bahri are believed to have travelled to Syria in late 2014 or early 2015, and since then between France, Belgium and the Netherlands, the French prosecutor said.

Two other suspects -- Abderrahmane Ameroud, 38, and Rabah M., 34 -- have been charged in Belgium over the foiled plot and will be held for another week, the country's federal prosecutor said.

The arrests highlight the extensive links investigators have uncovered between French and Belgian ISIL cells behind the Brussels and Paris attacks.

Kriket, who is linked to the suspected ringleader of the Paris attacks, was found guilty in absentia in Brussels in July of being part of a Takfiri recruitment network and sentenced to 10 years in jail.

Investigations showed Kriket played a key role in financing the recruitment network with money from robberies and stolen goods.