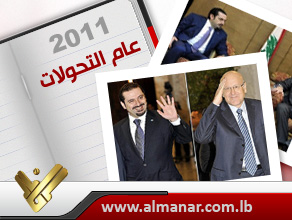 Five rockets have been fired Saturday at Lebanon coming from Syrian territories.

The rockets landed in open areas of the Northern Beqaa region of Hermel.
No casualties have been reported.

In May 9, four rockets have been landed in Assi Valley, near the Teachers’ House parallel to the governmental hospital of Hermel. The attack only caused material damage.

Fire from the conflict in neighboring Syria has regularly spilled over into Lebanon, killing two people in the most recent incident on April 14.

Since the Syrian violent unrest erupted in March 2011, there have been numerous deadly clashes along the northern and eastern borders of Lebanon.

There have also been clashes between the Lebanese army and armed groups seeking to prevent the infiltration of fighters into Lebanon.