Amending Taif Accord Possible But…

Amending the Taif Accord turned to be the main subject of debate in Lebanon this week, following the call made by Maronite Patriarch Beshara Rahi to modify in the interest of the country, given its gaps which were proven by experience.

The patriarch called for an amendment of the Taif Accord in order to increase the president’s powers “to stabilize the country’s political situation”. “If a second Taif was necessary to amend these gaps, so be it,” Rahi said, adding that the current paralysis proves the need for the president to have greater political powers.

The Taif Accord, signed in 1989, brought to an end the 1975-1990 Lebanese Civil War and reformed Lebanon's political system by transferring executive powers from the president to the Cabinet.

Rahi’s stance was followed by various positions, including the stance made by Hezbollah Secretary General Sayyed Hasan Nasrallah who stressed during his latest speech the need to develop the Lebanese system. “Let us acknowledge the flaws in the constitution, avoid talk of committing to the Taif or modifying it, and work on developing the Lebanese system away from sectarianism,” Sayyed Nasrallah said. His eminence said the government or the national dialogue table can appoint individuals or a committee to propose a mechanism to develop the system in a manner that can accommodate the changes in Lebanon and appease all sides. However, his eminence emphasized that the situation in the country was too complicated to introduce a new constitution or discuss the change of the Taif agreement. 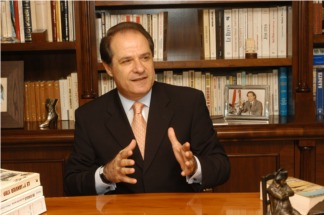 According to Phalange party Deputy Head Sejaan Qazzi, the patriarch’s stance was previously raised by President Michel Sleiman in various occasions where the President called to develop the mentioned agreement from a constitutional logic rather than a sectarian rhetoric.

He noted that the current delay in the cabinet formation process proves the need to reconsider the mentioned agreement. “It is not acceptable that the parliamentary consultations to assign a premier be mandatory while the deadline to form the government be open,” he stressed.

Former minister Albert Mansour said in turn that the cabinet crisis was the direct factor that pushed the patriarch to open the issue of the Taif amendment at this stage. “The patriarch did not call for major modifications. He only called to increase the president’s powers so that his role could be strengthened,” he said.

The former minister also said that the current situation was not suitable at all to amend the Taif accord. 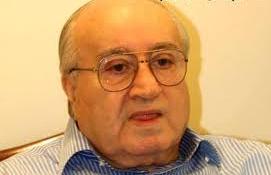 Meanwhile, former minister Adnan Araqji rejected the amendment of the Taif accord at the current stage. “Perhaps, we can add some points to the Taif agreement, but, of course, not now,” he told Al-Manar website. “Let’s first end with the cabinet deadlock and then we can sit and discuss everything,” he noted. “There’s nothing called sacred constitution,” he explained.

Araqji noted that the issue was not only related to the timing of the call. “We also have to discuss the points to modify, especially those in relation with the patriarch’s powers,” he said.

The former minister also stressed the need to completely apply the Taif accord at the first degree. “Of course, it was not fully applied,” he pointed out.

The Taif agreement, which ended the civil war in Lebanon, was negotiated in Ta'if, Saudi Arabia, in September 1989 and approved by the Lebanese parliament on 4 November 1989.