Targeted for Assassination by NATO? Will Seif Survive to See Court?

Targeted for assassination by NATO? Will Seif al Islam Gadhafi survive to have his day in court?

During the late evening of 10/20/11 the White House, the Office of the Secretary of State, the US Senate Foreign Relations Committee and the Libyan Embassy in Washington, DC received a faxed communication from an American organized international legal team currently preparing their departure to Libya.

The international lawyers, whose assistance has been arranged through Gadhafi family members and friends, has accepted the obligation to represent Seif al Islam against charges filed by the International Criminal Court on June 26, 2011 and to represent him in any and all legal proceedings that the NTC government may bring against him in Libya.

They have been advised by Gadafi supporters in Libya and neighboring countries that the NTC at the direction of NATO, fully intends to see Seif al Islam killed before he can address the international media and his supporters, following the transfer of his father’s leadership authority to Seif on August 29, 2011. Seif has been planning to announce his candidacy in the planned coming election. Informal polls throughout Libya have shown him garnering close to 70% of the vote if he is allowed to stand for office under the now NATO controlled country.

This observer is a member of the group of international lawyers who seek justice for their client, Seif al Islam.

An excerpt of the communication served in Washington reads:

“We demand that our client, Seif al Islam al Gadhafi be immediately protected should he be arrested and that if injured that he be kept under the continual watch and care by the International Committee of the Red Cross until we are granted personal contact with him and have the opportunity to complete current efforts at arranging interim measures of protection to guarantee his safety.

We insist that our client not be questioned or interrogated by anyone including representatives of the current government of Libyan or by investigators from the ICC until he has had the opportunity for legal consultation and until he recovers from any wounds.

The rights of Seif al Islam must be protected in full compliance with international norms and we call on the United Nations Security Council and International Human Rights Organizations to act immediately to protect our client.

We respectfully request that the International Criminal Court take custody of the remains of Moammar and Mutassim Gadhafi, and conduct forensic examinations preparatory to filing criminal charges against those responsible for these extra-judicial killings.

Information arriving from family members and friends of our client Seif al Islam leaves no doubt that NATO has ordered his killing.  His planned and we believe approved assassination is meant to spare NATO the international accountably that awaits them as the World learns from eyewitness accounts and reliable, competent and probative physical and demonstrative evidence compiled over the past six months, exactly what NATO has wrought on Libya and its civilian population.

Shortly we will file with the ICC our formal demand for our clients protection and his transfer to a sanctuary outside of Libya lest he be assassinated as was the fate today of his father, Colonel Moammar al Gadhafi. 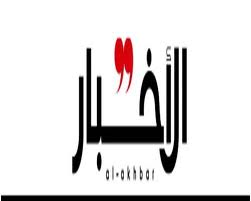 We intend to hold the current governments of Libya and the United States as well as NATO fully responsible for the brutal assassination of our client’s father and brother Mutassim and for any abuse or harm that is directed at our client, Seif al Islam.

We intend to prove in Court that following the passage of UN Security Resolution by the United Nations Security Council on March 17, 2011, NATO has repeatedly targeted civilian targets with more than 9,000 bombing sorties in Libya as part of its campaign to assassinate the Libyan leader Colonel Gadhafi and his close aides and advisers.

We intend to prove in Court that NATO did repeatedly sanction others to carry out Moammar Gadhafi’s assassination and that his killers on October 20, 2011 knew that a large cash award awaited them if they killed Colonel Gadhafi thus silencing him from testifying against NATO officials and current Western leaders who led the eight month destruction of Libya.” Reportedly, Gadhafi funded French President Nicholas Sarkozy’s presidential campaign and has significant classified information vis-à-vis his relationship with world leaders; information that if compromised, could be disastrous for them and their political careers.

The next few days will be a major test for the international community and whether the application of international law will be applied to Libya, NATO and its member states.  The outcome will also likely signal whether Libya descends more deeply into civil war involving as many as six African countries who are reportedly organizing troop units to be sent into Libya to help protect civilians from NATO forces who are today assembling  to help re-build the country that NATO  needlessly and criminally destroyed.