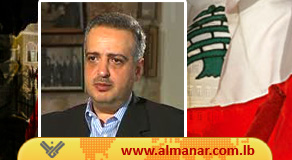 Participants in the meeting of the Executive Council and Secretariat-General of the Arab Vocational Federation for Municipality and Tourism Workers issued a statement on Sunday voicing support to Syria in face of the foreign conspiracy targeting its national and pan-Arab stances in support of the Arab causes and resistance, SANA news agency reported.

They expressed solidarity with Syria in confronting the armed terrorist groups and the colonial scheme which aims at undermining Syria's sovereignty and national unity.

Chairman of the Syrian General Federation of Trade Unions Mohammad Shaaban Azouz said "the reform process continues in Syria despite the conspiracy which targets its independent national decision".

For his part, Secretary General of the International Confederation of Arab Trade Unions Rajab Mohammad Maatouk pointed out that the participant delegations will see what is happening on the ground in Syria away from the media fabrication campaigns.

In the same context, Leader of the Lebanese Democratic Party, Talal Arslan, stressed the importance of the brotherly relations between Syria and Lebanon and the unity of the Syrian-Lebanese track.

Arslan condemned the media fabrications of the events in Syria which target its resistant role in the region. For his part, Lebanese MP, Hani Qubaisi, asserted that the conspiracy hatched against Syria targets its regional role and its support to the national resistance. He stressed that Syria will get out of the crisis stronger, affirming that the Western countries are suffering from internal and financial crises and they seek to export these crises to the region.