It seems that the relation between Turkey and France has deteriorated over a newly-voted bill criminalizing the denial of Armenian genocide. 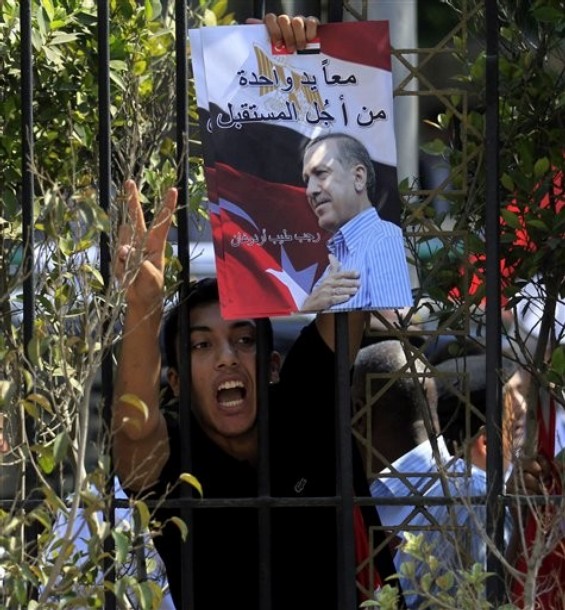 It seems that the relation between Turkey and France has deteriorated over a newly-voted bill criminalizing the denial of Armenian genocide.

"France massacred an estimated 15 percent of the Algerian population starting from 1945. This is genocide," Erdogan told a news conference after the French move on a massacre of Armenians by Ottoman-era forces.

Also on Friday, the Turkish envoy in France had left Paris in protest of the new French law.

France is home to around 500,000 citizens of Armenian descent and they are seen as a key source of support for Sarkozy and his UMP ahead of presidential and legislative elections in April and June next year.

Paris appeared to have been caught out by the fury of Turkey's response.

"I respect the views of our Turkish friends -- it's a great country, a great civilisation -- and they must respect ours," Sarkozy said in Prague where he was at the funeral of late Czech president Vaclav Havel.

On Thursday, France's National Assembly voted the first step towards passing a law that would impose a jail term and a 45,000 euro fine on anyone in France who denies that the 1915 massacre of Armenians constitutes genocide.

France's Foreign Minister Alain Juppe called on Turkey not to "overreact" to a bill that he insisted was a parliamentary initiative, and not a project of Sarkozy's government.