The MB is far more organized, well-funded and are working today in the neighborhoods of Libya’s main cities recruiting members and campaign organizers.

It appears to this observer, from interviews and discussions with a wide range of Libyans including students, lawyers, judges at the Ministry of Justice, shopkeepers and casual acquaintances that the Muslim Brotherhood currently has very little popular support among this pious conservative, Sunni Muslim society. Widely expressed opinion is along these lines: “The Brotherhood are different from how Libyans view Islam,” and “They represent outsiders and interference in our country” , “Our revolution was not about replacing one autocratic regime with another.”

That said, the Muslim Brotherhood is odd on favorite to win the June elections, in the view of many in country observers of current developments.

The reason the MB is in such a relatively strong position is that is has the support of Qatar, assistance from the well-established MB organizations in Egypt, Tunisia, Morocco, Algeria, and Turkey. The flights arriving in Tripoli from Egypt are always full and some of the passengers are MB operatives according to Professor “Dr. Ali”, a pro-Gahafi political scientist who has so far managed to keep his teaching post.

The MB is far more organized, well-funded and are working today in the neighborhoods of Libya’s main cities recruiting members and campaign organizers, while trying to keep a low profile.They have asked members to shave their beards, talk about clean government, avoid arguments, and remind anxious Libyans that “Libya is not Afghanistan” and all we want is security, domestic peace and no foreign interference.

A new edict issued by General Guide of the Muslim Brotherhood organization in Egypt, Dr. Mohammad Badih in which he writes about the possibility of his movement imposing an Islamic Caliphate in accordance with the principles laid out the Mulsim Brotherhood founder, the revered Imam Hassan al-Banna, created wide controversy in political circles in Libya just as it did in Egypt.

The US, UK, and France are currently just watching and guessing at developments according to the Ambassador from one southern African country. The US State Department is believed even by some NTC officials, lawyers and Judges, that this observer has met with during two days of meetings this week at the Libyan Ministry of Justice inquiring about certain individuals in NTC and Militia custody, to be unsure what the US policy should be because they have mixed feelings about the MB. Some US officials are reported to believe that an unstoppable Muslim Brotherhood arc or crescent is quickly jelling across the Magreb, as it grows also in Turkey and that the MB will dominate in Syria when and if the Assad government is toppled. 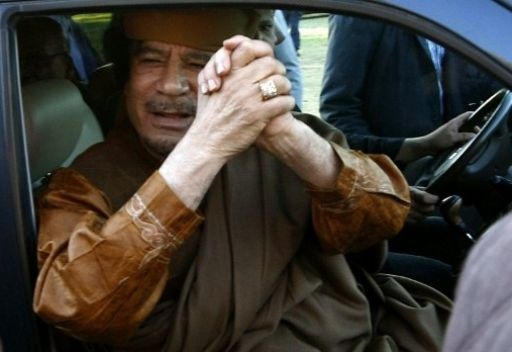 According to US Senate Foreign Relations Committee sources, the potential utility for Washington of the MB does not end there. Some in Congress and the Obama administration, as well as the Zionist lobby in and outside of Congress, hope that after all the failures of the US administration to spark a Sunni-Shia war, that the MB might just be the best and unexpected weapon in achieving this goal which has been US policy since the late 1980’s.

These forces are said also to hope and beleive that after achieving a substantial share of the next government of Syria, the MB will quickly build itself up in Lebanon, and give the Sunni community strong effective leadership that has been sorely lacking the past nearly 7 years following the assassination of PM Rafiq Hariri, and take on Shia Hezbollah. In short, NATO countries may sit on their hands regarding to coming elections, drop the current attachment to NTC officials, that has only have six months left in office anyhow, and let the MB control Libya’s next government.

The MB in Libya is actually quite good on the issues that are increasingly concerning potential voters as the latter learn how to vote and participate in political parties, which have been outlawed as traitorous since 1972 when Revolutionary Committees were established to make legislative and administrative decisions.

Those issues are many and incude, but are not limited to the following:
--Lack of security due to the militias being viewed as increasingly aggressive with the public and fighting among themselves as they did this week;
--growing rumors and even evidence of corruption. One example being that there is still not money in the Central Bank of Libya to supply local banks arouond the country and it’s a issue that is expected to explode here once the facts become known. During the uprising this summer, the Gadhafi government limited bank deposit withdrawals to 500 dinars per month (about $475). The new “government”has raised it to 750 dinars per month and it is not enough, given approximately 18% rise in prices since this summer when the Gadhafi government enforced anti-gouging rules. Those rules are no longer being enforced and prices continue to rise.
Where suspected corruption enters the bank withdrawals problem is that according to one Central Bank official who has spent more than 15 years in the CB office that monitors the receipt of payments for Libya oil shipments, even though oil is being shipped today as well as the pay few months, zero payments have been received at the CB. The reason is said to be that NATO countries are being shipped oil, ( also to gas and oil rich Qatar) free of charge under a payback arrangement with NATO for its regime change services.

This issue is quickly becoming a scandal and will no doubt soon make some headlines. I asked the official is he was sure of his information and he brought over the lady who keeps the records and she verified it showing me records I could not read but I believe her, and said Central Bank officials are outraged because the money is needed at the local banks where long lines of desperate account holding often wait hours only to be told to return another day for their monthly allocation of 750 dinars of their own money.

This week, this observer saw ugly and sad scenes at banks in the neighborhood south of Green Square and Omar Muktar street, as I tried in vain to find a working ATM machine. One cannot but feel bad for elderly citizens standing in the rain waiting half the day to get a meager monthly withdrawal of their funds on to be told to return another day when, enshallah, there will be money for them. Citizens have reported that they should have taken all their money out of their bank account as soon as there were signs of trouble last February. Now it’s too late and anger is growing.

Qatar’s favorite candidate, Abdel Hakim Belhadj, head of the Tripoli Military Council and a former leader of the militant Libyan Islamic Fighting Group, and who is suing UK ministers and M-16 for the part he claims they played in secretly sending him and his wife to Libya in March 2004 where he claims he endured seven years of torture, has promised to fix the banking problem.

Qatar is expected to play a major role as the June elections draw near.
Another issue that the MB is championing includes the need to pay the salaries of the military, finding or creating jobs for militia fighters, many of whom are deeply suspicious of Belhaj just as the eastern militia continue to skirmish with those from the west.

Even women’s rights are being supported by the MB….sort of. Repairing war damage, garbage pickup, organizing traffic which has brought some crowed streets in downtown Tripoli to a near halt, given the more than one million Libyans and others have flooded into the capitol city from around the battered country and few showing signs of wanting to leave are issued the MB is talking about while calling for sectarian dialogue.

Disarming the militias and pressuring young men to go back home, given up their arms, join the police force or a new Libyan army or get a real job are very sensitive issues that the MB does not address with much conviction. Privately the MB, as well as the NTC, admits that there will be no disarmament of militias anytime soon.

A few young men I chatted with during a demonstration at Green (Martyrs) Square yesterday actually said they miss the fighting and want to fight some more. “It was really exciting and fun most of the time and I made some great friends!” one kid from Benghazi told me. He plans to stay in Tripoli with his Militia buddies.

Another development that will favor the Muslim Brotherhood in the coming Libyan elections is the draft Election law that was adopted last Monday. It eliminates many of the strongest opponents of the MB.The legislation regulates the election of a national assembly charged with writing a new constitution and form a second caretaker government. It is expected to be finalized within a month.

It bars, with quite vague language, “former members of Gadhafi's regime” from being candidates in the election. Among the Judges I spoke with at the Ministry of Justice some expressed dismay because they said that 80% of the current staff at their Ministry, and most other Ministries, worked there, lawyers and judges included, under the Gadhafi regime and were patriotic Libyans. There is going to be lots of confusion concerning the scope of the new law and its application.

The new election law also bans anyone who got a degree based on academic research on the Green Book — Gadhafi's political manifesto that laid out his theory of government and society declaring Libya a "republic of the masses." Thousands are covered by this exclusion because in order to get a good position it helped if one’s CV showed studies relating to theories of government espoused in the Green Book. The same idea as in China when it was a good idea to study Mao’s little Red Book and add that fact to one’s CV. Academics who even wrote about Gaddafi's Green Book, which discusses politics, economics and everyday life, will also be barred from running under the law.

The draft election law has outraged women because it restricts them to only 10% of the 200 election seats and the law does not indicate who many seats will go to which tribal areas. One woman angrily told me, “Ten percent is about what the Brotherhood thinks we are worth.”
The NTC officials will not offer much of an electoral impediment to the MB as it is increasingly under attack and it begins its last six months of existence. Last month, an umbrella group claiming to represent 70% of militia fighters demanded that the NTC granted them 40% of its seats which it failed to do instead appointed fairly random technocrats with some exceptions. Mustapha Abdul Jalis plans on retiring in June and is still being criticized for reneging on his earlier pledge to resign following the fall of Sirte.
The coming government will likely be heavily influenced, if not controlled by Libya’s new arrival in force, the Muslim Brotherhood. The consequences for Libya and the Muslim Brotherhood’s effect on America’s withdrawal from the region is presumably being closely watched from Tehran to Washington DC and Tel Aviv.

Franklin Lamb is doing research in Lebanon. He is reachable c\o fplamb@gmail.com

He is the author of The Price We Pay: A Quarter-Century of Israel’s Use of American Weapons Against Civilians in Lebanon. Dr. Lamb is Director, Americans Concerned for Middle East Peace, Wash.DC-Beirut Board Member, The Sabra Shatila Foundation and the Palestine Civil Rights Campaign, Beirut-Washington DC
Shatila Palestinian Refugee Camp
Beirut Mobile: +961-70-497-804
Office:  +961-01-352-127