Turkey and Its Neighbours

Relations between Turkey and its neighbours have entered an uncertain future

The relations between Turkey and its neighbours have entered an uncertain future. When Recep Tayyip Erdogan and his party, the AKP, came to power in Turkey, they promoted a “zero problems with the neighbours” policy. However, Turkey´s tensions with these countries appear to have effectively nullified that doctrine.

Actually, Turkey finds itself in an international precarious situation. Firstly, its interests are clearly ignored by Europeans, who have put the country´s bid for membership in the European Union on indefinite hold. The crisis with Cyprus, an EU member, is getting worse. Ankara has recently threatened military action in response to this country´s oil exploration activities in a disputed maritime area. In a recent meeting with US Secretary of State Hillary Clinton in New York, Turkish Foreign Minister Ahmet Davutoglu was told that the United States supported Cyprus´ right to explore in the area, which is led by an American company. In January, France passed a law against the so-called “armenian genocide” and Turkey´s protests were treated with disdain.

Ankara always claimed that it had alternatives if the EU closed its doors for Turkey. It was assuming a predominant role among the Muslim nations and using its political and economic power to become a conflict mediator in the region. However, this role could become impossible if Turkey continues to alienate its neighbours. Currently, the deterioration of relations with Syria, Iraq, Russia and Iran appears to be more or less serious and could have far-reaching consequences.

When Erdogan became PM in 2004, Turkey started to court its neighbours, especially Iran, Syria and Iraq. Ankara reconciled with Damascus after decades of mistrust due to the strategic alliance of Turkey with Israel. The Syrians then became the neighbours with whom the Turks developed their closest ties. Their armed forces conducted joint maneuvers, while their foreign and defense ministers set up a “strategic cooperation council.” Both countries signed economic agreements worth billions of dollars. According to the newspaper Hürriyet, Turkey had never cooperated so closely with any other country.

However, the romance did not last. After the unrest in Syria broke out, Turkey embraced the opposition, gave up on Assad´s regime and announced sanctions against its old ally. Later, it started to openly promote a regime change in Damascus and hosted Syrian political and armed opposition groups. It allied itself with Syria´s main Arab enemies, especially the Arab Gulf countries. This policy meant the official “denouement of the Erdogan/Davutoglu investment in Bashar al-Assad” and thus it was the “end of what has been billed as Turkey’s transformative diplomacy,” wrote Steven A Cook in The Atlantic.

“For the first time in the life of the Turkish republic, a Turkish government has adopted a policy of open, unprovoked

confrontation with a neighboring country”, wrote Ankara-based writer Jeremy Salt. “Turkey spent years repairing relations with neighbors under the banners of soft power, strength in depth and “zero problems”. At every level, the outcome was very positive. Months ago, however, under the impact of the so-called “Arab spring”, that policy was abandoned virtually overnight. It has been replaced by threats, belligerence and support for an armed group seeking the overthrow of a government with which Turkey had friendly relations until very recently”. While Turkey once threatened to go to war unless Syria expelled Abdullah Ocalan, leader of the Kurdish Workers' Party (PKK), it “is now supporting a man, Riad al Assad, whose “Free Syrian Army” is doing exactly the same across the Syrian border”, he added.

There are different reasons for the deterioration of links with Damascus alongside with the “altruistic” goal of “helping Syrian people”. Syria´s strong axis with Iran under Assad's leadership makes it difficult for Turkey to play a meaningful role in the region. Ankara also sees Syria as a rival that competes for influence in Iraq. Syria´s influence over Palestinian and Lebanese parties and organizations, including Hamas and Hezbollah, also limits Turkey´s capacity to become a decisive actor in Palestine and Lebanon.

Although some media has spoken of a possible Turkish military intervention in Syria, there are some factors preventing Turkey from taking such a step. Firstly, Turkey understands the importance of avoiding a miscalculation over Syria. If there was chaos in Syria, it would be Turkey that most suffers the consequences. 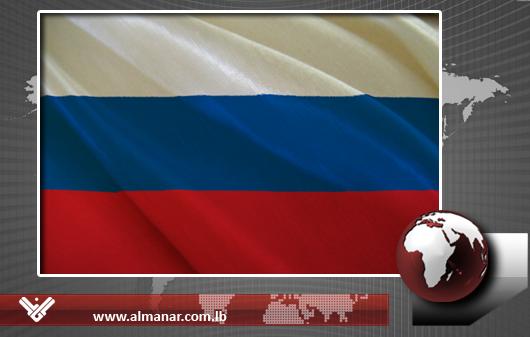 Secondly, Russia and China made it clear in their joint declaration issued in Moscow after the recent visit by President Hu Jintao that they will not allow the West to repeat the Libyan scenario in Syria. Russian President Dmitri Medvedev has said that it will use veto if the Western countries press for a resolution on Syria at the UN Security Council. “What I will not support is a resolution similar to 1973 on Libya, because I am convinced that a good resolution has been turned into a piece of paper to cover a senseless military operation,” Medvedev said.

Ankara has worked hard in last years to develop its relations with Moscow and shares important economic and energy interests with this country. Turkey has also increased its energy links with Iran and both countries exchange human and technical intelligence on the Kurdish armed organizations operating along their respective frontiers, diplomatic sources told the Hürriyet Daily News. On the whole, Russia and Iran provide 70% of Turkey´s energy imports.

However, Turkey´s embrace of the bid by NATO to station an anti-missile radar on its territory has already angered both countries, which have also become increasing suspicious of the new Turkish policy towards Syria. In this way, Turkey is not clearly interested in further antagonizing Russia and Iran by starting a military adventure in Syria.

After the serious deterioration of his relations with the Syrian leadership, Erdogan has started another verbal war with his Iraqi counterpart, Nouri al Maliki.

Turkey has its own agenda on Iraq, which is widely determinated by the Kurdish issue. Ankara´s main focus is the prevention of an independent Kurdish state in northern Iraq, the elimination of attacks on its territory by PKK fighters across the border and the protection of the Turkmen minority that resides mainly in Mosul and Kirkuk. To achieve this goal, Turkey does not need too much from Baghdad. Only its aquiescence when it invades northern Iraq to attack PKK bases.

Turkey also wants to increase its leverage over this country. But it cannot influence the Shiite forces and parties that control the Iraqi politics now. This is why the Turkish government worked behind the scenes to help build the Al Iraqiya coalition, which was supported by ex Baathists, Sunni secular nationalists and Turkmen. Turkish support for the coalition prompted protests from the leaders of Shiite and Kurdish organizations, which sent messages of discontent to Ankara.

When the election result was known the Turkish government was taken by surprise. Although Al Iraqiya came first, it did not gain enough seats to form a government. Therefore, Ankara failed to turn their support into a political triumph. Even after the election, Ankara kept on ignoring the Shiite groups and Kurds and instead insisted on strengthening its ties with Al Iraqiya. Finally, the Kurds and Shiites parties sat around a table and found common ground to set up an executive.

At a point, Erdogan seemed to realize that if Turkey wanted to expand its influence in Iraq, then it needed to reach out to Shiites and Kurds. This is perhaps why Erdogan became the first Turkish PM who visited Najaf, the religious center of the Shiites in Iraq, and Irbil, capital of the Kurdish autonomous region. However, he was unable to overcome widespread suspicion towards Turkey´s intentions.

The relations between Turkey and Iraq reached another lower point when Erdogan publicly supported Iraqi Hashemi, who has been accused of having links with terrorist groups by the Iraqi authorities. On December 19, 2011, an investigative committee within Iraq´s Interior Ministry issued an arrest warrant for Hashemi after three of his bodyguards made confessions of taking orders from him to carry out the terrorist attacks. Hashemi later fled to the Kurdistan region.

On January19, Erdogan warned Maliki that Ankara would not remain silent if he promoted a sectarian conflict in his country. Maliki´s office responded with a statement again criticizing Turkey´s “interference” in Iraq's affairs. “This is not acceptable in the dealings between officials of different states and especially from heads of state,” Maliki´s office said. “Erdogan has to be more careful in handling the usual protocols in international relations.”

In a posterior interview with al-Hurra television in January, Maliki said: “Turkey is unfortunately playing a role which may lead to disaster and civil war in the region.”

The tension with Iraq could have serious economic consequences for Turkey, which has already lost the Syrian market. It is noteworthy to point out that Iraq is now Turkey´s second biggest export market after Germany, with trade volume between the two reaching nearly 12 billion dollars in 2011. In the political field, the conflict is likely to further diminish Ankara´s influence over its neighbour.

Disclaimer:
Al-Manar is not responsible for the content of the comments. All opinions expressed are those of the posters not Al-Manar’s or its staff. Al-Manar reserves the right to exclude comments that contain expressions falling beyond the bounds of decency.