The crisis is at its end” is no longer a relieving statement made by some political analysts, as the crisis is really close to its end.

“The crisis is at its end” is no longer a relieving statement made by some political analysts, as the crisis is really close to its end. Baba Amro is now under the control of the Syrian army… and so are the armed groups of which a big number escaped to the Lebanese borders dubbing their retreat “tactical”.

Around 700 Arab and Western gunmen surrendered in Baba Amro, well-informed sources told Al-Manar website, adding that “huge and critical surprises will be uncovered in the coming few days… such as the kinds of arms seized, as well as the military tactics the armed groups followed, and the sides that supervised the operations.”

The sources further assured to the news website that the security operation in Homs will be over in a maximum of five to eight days.

Weapons from Israel used for First Time in Baba Amro

For his part, Syrian expert in strategic affairs Salim Harba pointed out that Baba Amro neighborhood and the areas surrounding it were emptied from the armed groups’ organizational as well as command structures with minimum army and civilian casualties, as the area was mainly concentrated by gunmen. 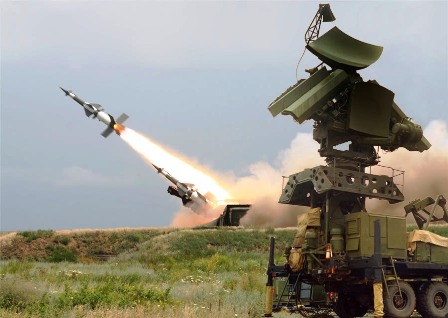 Speaking to Al-Manar website, Harba said that “the captured gunmen held Arab nationalities, including Gulf, Iraqi, and Lebanese… among them were also Qatari intelligence agents and non-Arab fighters from Afghanistan, Turkey, and some European countries like France.

“The Syrian army also uncovered tunnels and equipments there,” he added, pointing out that “advanced Israeli, European, and American arms that have not yet been tested in the countries of manufacture, in addition to Israeli grenades, night binoculars, and communication systems were confiscated by the security forces.”

Harba went on saying that “communication stations where established on the Lebanese borders to oversee the military operations in Baba Amro, and to ensure contact between field commanders and a coordination office led by members of information in the Qatari capital Doha.”

He clarified that “the escape of British journalists from Homs through the Lebanese-Syrian borders was the result of this coordination.”

In parallel, the Syrian strategic expert revealed that “the communication stations were being operated by Lebanese figures; some of them were members of the Future parliamentary bloc,” and considered that “these figures worked on transforming Wadi Khaled region into a strategic depth for Baba Amro.”

Additionally, Salim Harba revealed to Al-Manar website that “a coordination office was established in Qatar under American-Gulf sponsorship. The office includes American, French, and Gulf –specifically from Qatar and Saudi Arabia- intelligence agents, as well as CIA, Mossad, and Blackwater agents and members of the Syrian Transitional Council.”

“Qatar has also made deals with Israeli and American companies to arm the armed groups, and Gulf countries have been financing the agreements,” he added.

The Syrian expert pointed out that “the significance of the security operation in Homs is due to the high expectations that regional and international sides had from the armed gangs in Baba Amro … they wanted Homs to be turned into a new Benghazi.”

Indicating that the operation was implemented with high professionalism and accuracy, Harba reassured that documents will be exposed at the right time.

“The authority will not reveal everything it has now… the Syrian security forces have documents and confessions that could harm everyone who conspired against Syria, and could make a security and political change, not just on the internal Syrian level, but also on the regional level,” he assured.

In the same context, Harba considered that all the conferences and meetings by what he referred to as the “enemies of Syria” were aimed at paving the way for an American initiative under a “humanitarian” title.

He concluded: “At the end, the US will submit to the Russian initiative after it realized that confrontations will only result in its defeat, and that the Syrian regime is still strong enough to deal with any conspiracy.”